Starfish Point is a great place to go snorkeling

Starfish Point is an isolated beach on Grand Cayman known for its large concentration of starfish. The water is shallow at first, then gradually descends to about 10 feet deep. The majority of the starfish are found in deeper waters, however, they do occasionally venture into shallower waters.

Stingray City is located on Grand Cayman’s North Side. The Cayman Islands’ major island is Grand Cayman. Stingray City allows visitors to get up close and personal with stingrays in shallow waters so clear that you’ll wonder if you’re in a backyard pool.

Visitors interact with Southern Stingrays while standing on a sandbar in shallow water.  These stingrays can reach a diameter of 4 to 5 feet wide and can weigh up to 75 pounds.

A horseback ride on a secluded beach is a dream for many, but here in Grand Cayman, you can take it to the next level. Pampered Ponies Riding Tours offers horseback riders of all levels a chance to gallop the white sands of Barker’s National Park and for some a chance to ride right on into the calm waters.

Certainly one of the most unique Grand Cayman attractions is Hell. Roughly 20 mins from George Town, – it’s a tourist spot adjacent to Seven Mile Beach. The boldly named attraction got its fame from sharply protruding limestone formations – now adorned with a devil sculpture. Hell has a souvenir shop, picture portrait stations, and, of course, a post office where you can send a message directly from the underworld.

You aren’t able to walk on the limestone rocks but there are a number of viewing platforms across the site where you can gaze at these amazing geological wonders. While you’re there, see if you can point out all the carved sculptures depicting devils throughout the limestone landscape.

The National Trust for the Cayman Islands offers a guided tour of the Mastic Trail. The trail takes you through one of the Caribbean’s last remaining old-growth forests. The hiking path is just over two miles long and can take up to three hours to complete. There will be plenty of chances to see native parrots, West Indian Woodpeckers, and Caribbean Doves; as well as unique flora like cedar, mahogany, and the gigantic mastic.

Queen Elizabeth II Botanic Park lies just off the Mastic Trail, about 10 minutes north of the village of Sag Harbor. This oft-overlooked botanical garden features a number of different types of plants, many of which are native to Long Island. There are also a few animals roaming around the grounds, such as peacocks and blue iguanas.

The park itself is divided into four distinct areas: the Heritage Garden, the Orchid House, the Spice Plantation, and the Blue Iguana Conservation Center. Each area focuses on one particular theme, making it easy to explore. You can find the Heritage Garden, where you’ll see some of the most common plants found on Long Island, near the main gate.

Here you’ll also find a small wooden house, which serves as a home for the resident blue iguanas. If you’re lucky enough to spot a peacock wandering around the grounds, you’ll want to head over to the Orchid House, where there are dozens of colorful varieties of flowers growing in pots throughout the property. Finally, make sure to check out the Spice Plantation, where you’ll find several types of tropical spices like ginger, cinnamon, cloves, nutmeg, and vanilla.

A wildlife encounter at the Cayman Turtle Center

This is Cayman Island’s most-visited land-based attraction. The Cayman Turtle Center attracts over 300,000 visitors each year. The operation’s objective is the conservation of sea turtles and other island species, as well as related research and education.

The Cayman Turtle Center is also an important part of the country’s economy, serving as a world-class tourist attraction. It is the only institution in the world that successfully breeds green sea turtles, releases captive-bred sea turtles into the wild, and allows visitors to get “up close and personal” with sea turtles through exhibits and supervised encounters. This Grand Cayman island favorite “must-see” also includes local and Caribbean birds, marine predators, crocodiles, and other island animals.

Stop by the oddest tree in the Cayman Islands

Visitors to Grand Cayman should drive, jog, or walk to the South Sound to see the Cayman Shoe tree up close and personal. The tree, which began as a warning about litter and recycling now showcases a 12’ high collection of shoes. People continue to contribute to the tree and it has evolved into a popular roadside attraction and a colorful Instagram backdrop.

If you feel like exploring further, you can go for a short flight to Cayman Brac and check the Skull Cave. Skull Cave is located on the north side of Cayman Brac Island. If you are traveling there by car, take the turnoff to West End Road just south of the airport runway. Once you reach West End Road, continue straight ahead along the road until it ends at the cliff edge overlooking the Caribbean Sea. There are no signs directing visitors to the cave itself, so keep an eye out for the distinctive opening into the rock face.

Diving to discover a mermaid

The Siren of Sunset Reef is a 9-foot-tall bronze underwater mermaid statue and is located 55’ deep in offshore coral reef waters.

The piece is titled ‘Amphitrite, Siren of Sunset Reef’ named by way of a contest won by a fourteen-year-old girl who won a vacation to the islands for her entry. The statue was created by Canadian artist Simon Morris. Amphitrite was the queen of the seas in Greek mythology, married to Poseidon, the god of the waves.

Grand Cayman is known for its many beaches and beautiful resorts, but there are plenty of other things to see here too. One of the most interesting activities is to join a night kayaking tour to Bioluminescent Lagoon. You’ll paddle out into the lagoon where you’ll see hundreds of thousands of tiny bioluminous creatures glowing like stars in the blackness of the ocean.

Seven Mile Beach is one of Grand Cayman’s most popular tourist destinations, so it’s a stretch to include it on a list of odd attractions. Except that, despite its name, Seven Mile Beach is actually only 5.5 miles long. At length, there are plenty of uniquely calm, and uniquely scenic spots to throw open the beach towel and lather up!

If any of these unique Grand Cayman activities have you planning a vacation to the Cayman Islands and you are ready to book, check out our full list of vacation rentals on Cayman Island.

CaymanVacation.com provides vacation rental clients with 30+ years of personalized in-destination expertise. Our commitment to quality, with both vacation rental accommodations, and helping coordinate incredible activities are unmatched on Grand Cayman. 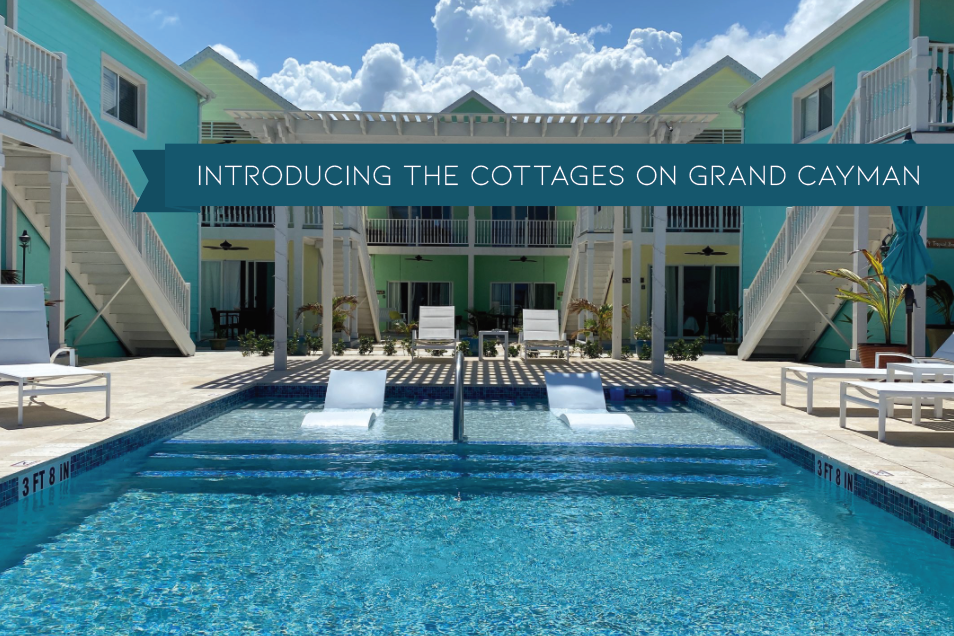 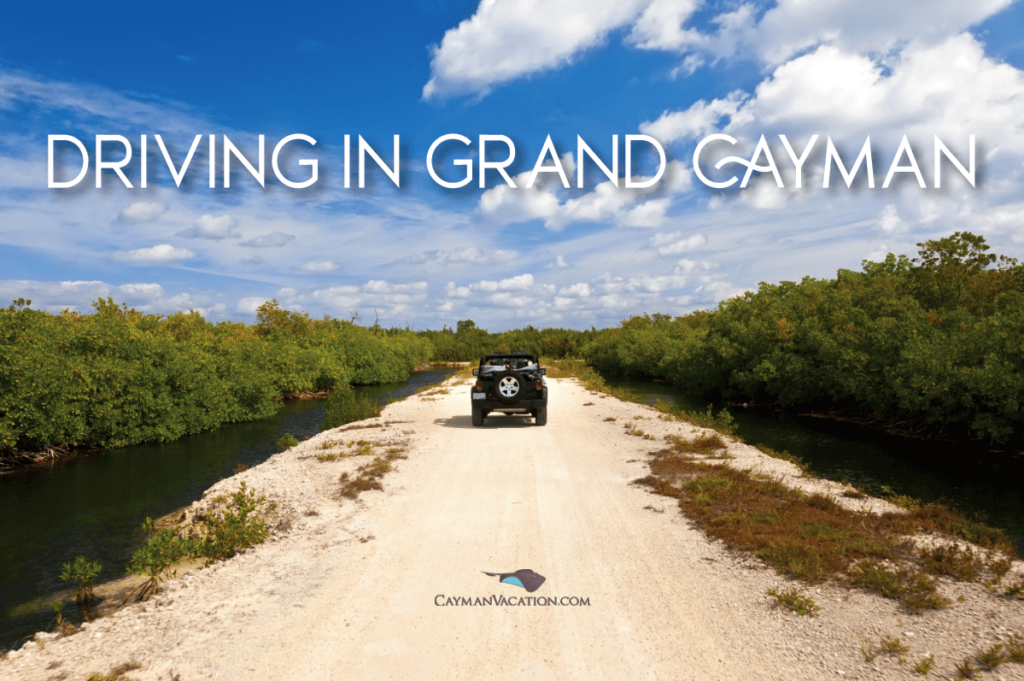 Driving in Grand Cayman: 9 Things to Know Before You Arrive Grand Cayman is a beautiful island with plenty of places to see and things… 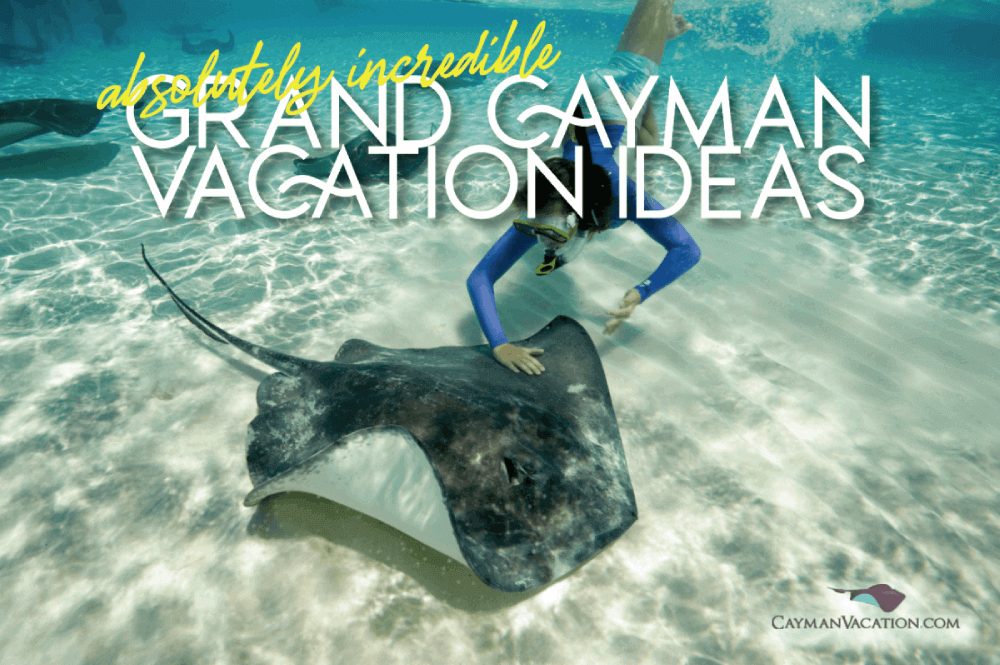 7 vacation ideas and must-dos for the first-time visitor to Grand Cayman From award-winning pristine beaches to exotic wildlife and mouth-watering delicacies, the Grand Cayman… 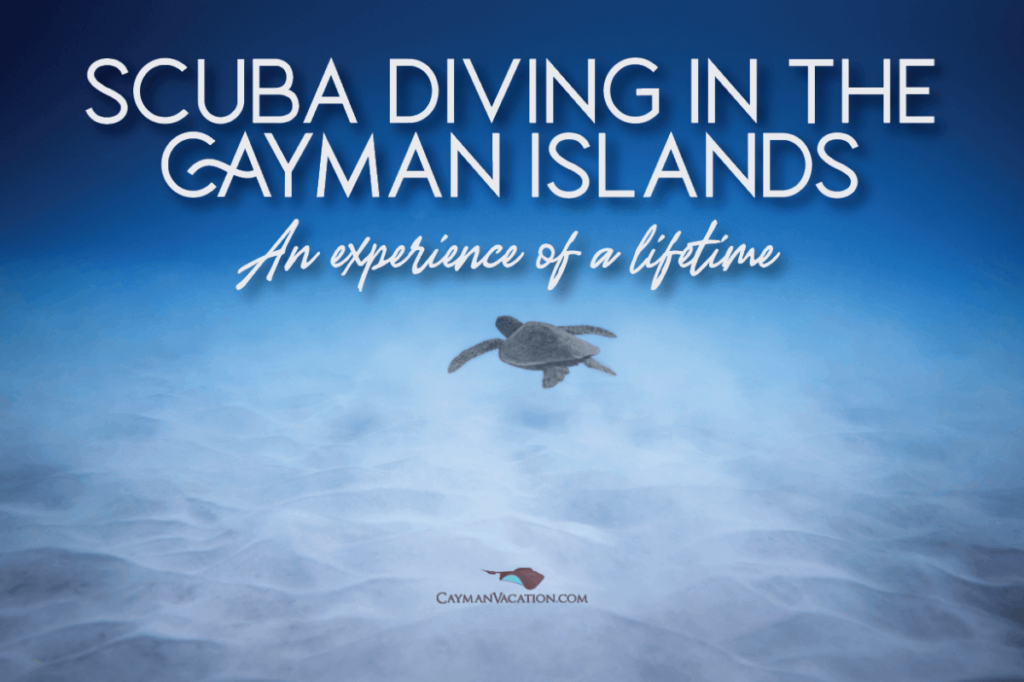 Scuba diving in the Cayman Islands: an experience of a lifetime If you’re looking for an unforgettable scuba diving experience, look no further than the…